Experts at the Africa Centre for Energy Policy have declared President John Mahama’s promise to add 5,000 megawatts of power to the national grid by 2016 “impossible”.
The Centre’s analysts say this promise comes at a time when sector managers are struggling to keep available power plants running.
The country currently relies on about 1,600 megawatts of electricity, out of a possible 2,845 megawatts, due mainly to fuel supply challenges and maintenance and expansion issues.
That notwithstanding, in an interview with the B&FT, Deputy Energy Minister John Abu Jinapor said: “We are committed to that (5,000 megawatts by 2016) timeline.
“We have 2,845 megawatts of installed capacity currently. We have some other projects that we are bringing on board: the TiCO expansion (120 megawatts), the KTTP project (220 megawatts) and other private projects that we have commissioned; and so we are determined to ensure we bring that on board. We are committed to that timeline.”
The President has talked about making Ghana a net exporter of power by increasing its power generation capacity. Breaking ground for the expansion of the Aboadze Thermal in April 2013, he said that the project to add 5,000 megwatts by the set date was on course.
A senior researcher at the Africa Centre for Energy Policy, John Peter Amewu, said: “It will be very difficult to say within the remaining period you’ll come out with 2-3,000 megawatts of power. That is not achievable. It takes not less than three to four years to put up a power plant of even about 200 to 300 megawatts. If the Americans came and promised a thousand megawatts, it is just on paper. What do we have to show that we will have 5,000 megawatts by 2016?”
Mr Amewu’s reference to the “Americans” is with regard to General Electric’s proposed 1,000 megawatt project in Ghana to be built within a seven-year period. The first phase, involving some 240 to 360 megawatts, is expected to be complete by 2016.
He said even that depended on a number of factors, including party agreement on regulatory issues and a power purchase agreement with the Electricity Company of Ghana (ECG).
General Electric is particularly concerned about the credibility of the ECG as a partner. The company was described by the World Bank in a 2013 report as “a large, top-heavy, over-centralised organisation with significant weaknesses in its management, corporate governance, and institutional culture that call for a profound change”.
Source: B&FT 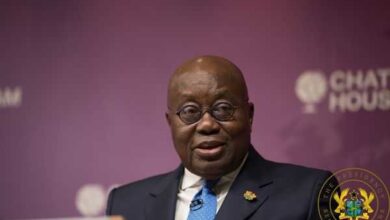