In the course of the week, dance hall artiste Charles Nii Armah popularly known as Shatta Wale has been in the news for being involved in an alleged gunshot attack.

The Ghana police service’s investigations have revealed that the alleged gunshot attack on Shatta Wale was a hoax which goes to show that it was a staged publicity stunt by Shatta Wale and his team.

In a discussion on Kessben TV’s entertainment show, ‘Music Plus’ on Wednesday, October 20, 2021, entertainment pundit, Asare Moula said that this is not the time to pull publicity stunts to stay relevant.

He believes there are other stunts the dance hall artiste could have pulled that wouldn’t have gotten the police involved. Staging a gunshot attack was extreme, he added. 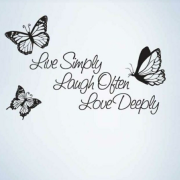 Afro Yesus says he is no longer a Christian

I don’t need Church in my life; it puts me off – Sister Derby