More than 60 women and girls are reported to have escaped from Nigerian Islamist group Boko Haram, security sources say.

There are conflicting reports as to how the women managed to escape.

Initial reports said that the women escaped when the militants went to attack a military base near the town of Damboa in the north-eastern Borno state. The Nigerian military said they killed more than 50 rebels in a clash that night.

Another account says the women escaped while the militants were asleep. Villagers in Lasa village say that the women narrated how they climbed over a wall on Thursday night and began to run. Dogs then started barking, which woke up the militants who started shooting at them.

They said they feared a significant number of them were subsequently recaptured.
The women were among 68 women and girls abducted last month.
Eighteen women who have made it back to villages around Damboa over the last three days are being treated at a hospital in Lasa village.
“They’re looking very distressed and very lean… they have gone through a very terrible ordeal,” a Lasa resident told the BBC.
“We’re waiting to hear from the government whether they will assist with treating and rehabilitating them.”
Source: BBC

Tech giants team up on standards for household gadgets

Players' bonus payments to be agreed in advance - FA 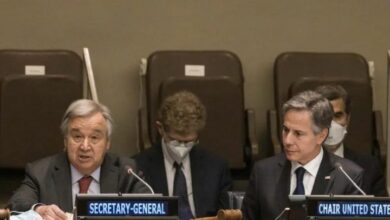